Scripture: Matthew 2:8-9
Then Herod sent them to Bethlehem, saying, “Go and search diligently for the child; and when you have found him, bring me word so that I may also go and pay him homage.” When they had heard the king, they set out; and there, ahead of them, went the star that they had seen at its rising, until it stopped over the place where the child was.

Thought for the Day: The Buddha spoke of how the wise are diligent, and how diligence is the way to life.  I think the same idea is found within Christianity as story after story portrays those who were willing to sacrifice so much in their tenacious search for the Source of Life.  The wise men from the East left behind everything and traveled into the complete unknown with a starry hope as their only guide, yet they did so willingly.  For those of us at Cypress Creek Christian Church, we will need the diligence of the wise men as we find ourselves following a starry hope into the unknown of tomorrow and the many tomorrows that follow.

Prayer: We go with faith, O Lord, and not much else… yet we believe you will be present in both the destination and the journey.  Amen.

Come Early for the Camel Parade

Meeting at Meyer Park at 9:50am

Scripture: Deuteronomy 28:9-10 (the Message)
God will form you as a people holy to him, just as he promised you, if you keep the commandments of God, your God, and live the way he has shown you. All the peoples on Earth will see you living under the Name of God and hold you in respectful awe.

Thought for the Day: As we approach the end of the year, I hope people will see in me a person who feels blessed beyond measure.  Like all of you, I have things on which I need to work. There is a lengthy list of matters on which I need to focus more attention, but I remain a person who should always be able to create an even lengthier list of items that deserve gratitude. And if my gratitude is focused on God, then others will see, not me, but the God who is the source of my gratitude. I am a work in progress, and a year from now, I will remain a work in progress. Yet God will remain faithful to me, continuing to form me more fully into an expression of holiness. God is good, and I pray that my gratitude allows others to catch a glimpse of the One whose Spirit has been at work within me and continues to give me a long list of items for which I am thankful.

Prayer: God, you are the source of all good things. Keep me focused on what is blessed and praiseworthy, for then, I will be an instrument by which others will come to see. Amen.

And on this 19th Anniversary of my wedding day,
I am thankful for my wife!!!!

Scripture: Luke 2:16
So they went with haste and found Mary and Joseph, and the child lying in the manger.

Thought for the Day: Though many of you may already be thinking about packing up the Christmas Stuff, it is important to remember that we are just now on the 3rd day of Christmas (the song, The 12 Days of Christmas was talking about the 12 days between Christmas and Epiphany). With that in mind, we continue our focus on the birth narratives.

How many of us have put off something important with a multitude of mediocre excuses?  A friend of mine called himself the excuse factory, and  he often said, “I can find you a good excuse so that people will understand when you miss your own funeral.”  I’m sure the shepherds could have found a number of good excuses for staying right where they were, but instead they ‘went with haste.’  When it comes to those things that are life-giving for ourselves and others, let us put aside the excuses and join the shepherds as we move quickly toward the gift of life.

Prayer: O Source of Life, you reveal to us  joy and splendor.  Help us put aside excuse-filled procrastination so that we might visit the place where this gift is found.  Amen.

Camel Parade at Meyer Park at 10am

Scripture: 1st John 4:19
We love because God first loved us.

Thought for the Day: Look at what the minister’s wife bought the minister for Christmas. Now I recognize that some folks might not feel real comfortable with this t-shirt, but I’ve always felt that God had a good sense of humor …even a little playful sarcasm can put a smile on God’s face. Though too often the followers of Jesus have modified this scripture, making it more like: “God loved me first and foremost. Good luck to the rest of you!” But if we truly believe God proactively loved us, with ‘us’ being all of humanity, then we should be those who live as if everyone we meet is a member of the household of God…because they are.

Prayer: Thank you, Lord, for loving me and all the me’s of this world. Amen. 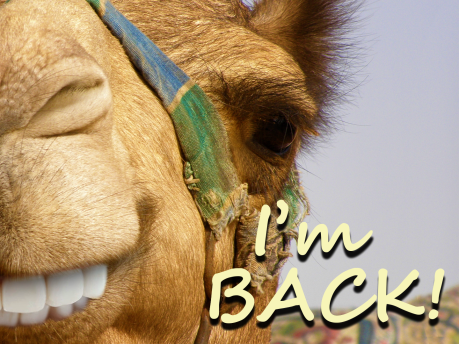 Scripture: Amos 5:20 (the Message)
At God’s coming we face hard reality, not fantasy – a black cloud with no silver lining.

Thought for the Day: God has come anew this Christmas season, and with all the joyous singing we have shared these past few weeks, there is also a hard reality that is making an appearance for many. Amos was pretty harsh on his folks, calling it a “Black cloud with no silver lining.” God was not pleased with the people’s hypocrisy and the way they were ignoring the real call of faith, but even Amos provided hope…hope in a people’s ability to change with the help of God. Each of us is at a different place in the days following Christmas, but for many, there are some harsh realities that are coming full force. Maybe we’ve been able to hide them or ignore them amidst all that has been happening, but it is time to deal with whatever it is that needs our attention. Putting on a mask or retreating will get us no where. Allow these days – between Christmas and New Years – to give rise to a new beginning in your own life. Be intentional, using deliberate steps that lead toward a named goal. It may take until next year or even longer, but change – even incremental change – is pleasing to God.

Prayer: Stand before me, just a moment ahead of me, and beckon me into a healthier future, O Lord of Life. Stand behind me, Holy One, and nudge me with a spirit of encouragement. Stand with me, Emmanuel, and be my friend when I find that change is difficult. Amen. 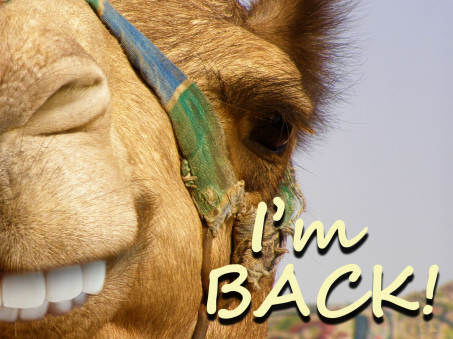 Scripture: Luke 2:20
The shepherds returned, glorifying and praising God for all they had heard and seen, as it had been told them.

Thought for the Day: There is an amazing song in our hymnal entitled, I Am The Light of The World!  Though the song was written by Jim Strathdee, it was based upon a poem by Howard Thurman entitled: The Work of Christmas.  It says:

When the song of the angels is stilled,
When the star in the sky is gone,
When the kings and princes are home,
When the shepherds are back with their flock,
The work of Christmas begins:
To find the lost,
To heal the broken,
To feed the hungry,
To release the prisoner,
To rebuild the nations,
To bring peace among people,
To make music in the heart.

I love the image of all the characters of the Christmas pageant leaving the stage as the lights dim. The audience begins moving to the exits, and the custodian who has already started sweeping the stage says quietly to those who have not yet left, “The work of Christmas begins now.” This is when all the songs we have sung during the Christmas season begin to become incarnate in the lives of those who have sung them. We speak of God taking on flesh, but today, God takes on flesh in the Body of Christ known as the church.

Prayer: O Living Word, assist me as I attempt to make my faith an incarnational faith, one that is striving to give flesh to the beliefs and values I discovered throughout the Advent season. Amen. 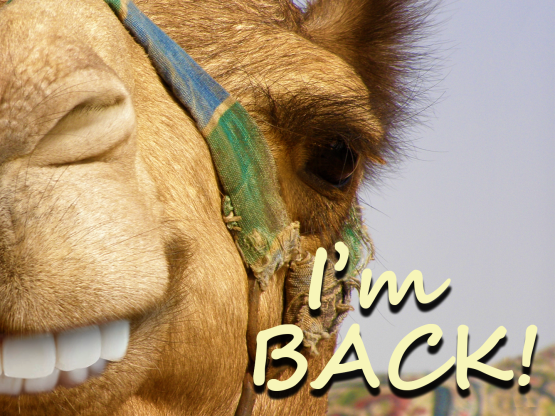 Scripture: Luke 2:10-11
But the angel said to them, “Do not be afraid; for see—I am bringing you good news of great joy for all the people: to you is born this day in the city of David a Savior, who is the Messiah, the Lord.”

Thought for the Day: We have here an individual gift with an universal application.  The Good News is given to a small band of shepherds in a specific moment of time, but it is Good News of great joy for all people.  It is given to a few, but the final destination is far beyond the few. When an individual becomes the recipient of the Good News, s/he becomes, by default, a delivery agent of that same good news.   The shepherds received the Good News of God’s unconditional love, but such a gift comes with an expected responsibility. Most people wouldn’t call that a gift, but in this case, it truly is!

Prayer: Thank you, O Lord of Life, for the gift of your love revealed in Jesus.  And might I say, thanks for the responsibility you have attached to this gift which will continue to animate it well beyond this day.  Amen.

O Gift of Light,
illuminate our morning.
Bring the hope and joy
of new life
into this home.
Draw us close
to one another
through your love,
born in a manger.
Amen.